Easily the funniest super-hero comic to come down the pike since Harvey Kurtzman and Wally Woods Superduperman!, Angelman is Austrian cartoonist Nicolas Mahlers sardonic take on super-heroes, their fans, the businessmen behind them, the current media obsession with them, not to mention fancy-ass Ultimate collections of dopey super-hero comics.

Created by Korporate Comics in a flash of money-grubbing cynicism appalling even by their standards, Angelmans powers (which include empathy and the ability to be a good listener) prove less than adequate to deal with the sinister threat of the insane plastic-surgeon villain Gender Bender  or for that matter with the fickleness of fashion, the rapacious super-heroine Lady Dentata, the increasingly desperate re-boot attempts by Korporate Comics, his oddly twin-like wife, a disastrously bad movie adaptation that single-handedly brings the vogue for super-hero movies to a screeching halt all delineated in Mahlers trademarked ultra-minimalism (albeit this time in spectacular color), and with his drier-than-dry wit.

Includes a special checklist/price list of Angelman comics, a gallery, and extensive historical and explanatory footnotes by the author, this book will occupy a place of pride on the bookshelf of any comic book geek  or anyone who just likes hilarious comics. 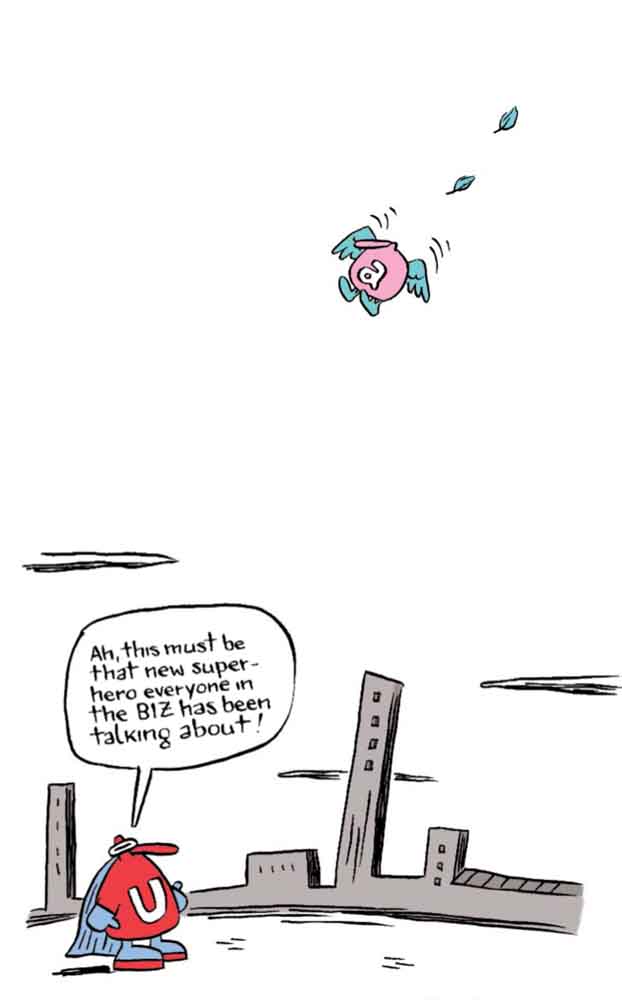